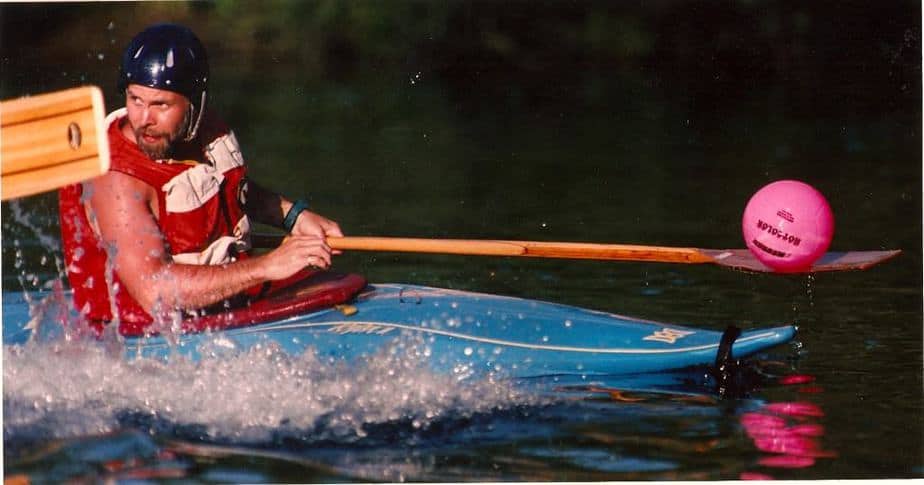 Join us for Kayak Polo Tuesday evenings at 6:00 ’til we get tired, right outside the back door of the store on the Grand River in downtown Lansing.

Kayak polo is great way to build boat handling skills and to stay sharp for the river. Kayak polo is played in whitewater or crossover kayaks.

Kayak polo is an officially sanctioned international sport; the US often fields a men’s and women’s team For more info check the US Kayak Polo Team’s site.  Official rules are available but we’ll be using a slightly modified version that accounts for a wider variety of kayaks, non-specific polo equipment (International rules dictate the specifics of the paddles, helmets, PFDs and kayak dimensions.)  The rules also allow a player who has possession of the ball to be pushed over by an opponent–we’ll skip that “rule”.

kayak polo on the Grand River in Lansing, MI from Scott Fairty on Vimeo.